Home / Blog / Why Do Most Clinical Trials Run Late?

Why Do Most Clinical Trials Run Late?

There is widespread agreement across the pharmaceutical industry that the vast majority of trials fail to meet their timeline targets. This article makes the case that a significant part of the answer may lie in the inability of both sponsors and CROs to get to grips with clinical trial risks and uncertainties.

Clinical trials are at the heart of the drug development process. They represent a significant proportion of the total cost and effectively define the critical path to a regulatory submission. Even the most simple study costs over $1m and in the later stages of the development phase they can cost hundreds of millions of dollars and take several years to complete.

In many ways they can be regarded as projects in their own right – they are unique, have their own objectives and have clear start and finish points – and most contract research organisations (CROs) refer to them and treat them as projects. So why is it that there is widespread agreement across the industry that the vast majority of trials fail to meet their timeline targets?

This article makes the case that a significant part of the answer may lie in the inability of both pharmaceutical companies and CROs to get to grips with clinical trial risks and uncertainties. There appears to be an inability to define, understand and incorporate the impact of them and put in place actions to avoid or at least minimise their impact.

Even companies that on the surface appear to have good risk management processes in place often fail to apply them effectively and consistently. Frequently there is just a veneer of risk management in the planning phase for a pharma company or to satisfy the business winning stage for CROs; but it isn’t applied to the conduct of the trial. Added to which the simple spreadsheet risk tools add to the workload but deliver minimal value.

The difference between risks, issues and uncertainties.

Before going too far, it’s important to be clear on definitions. The three terms defined below are frequently used interchangeably which leads to confusion and often results in uncertainty being ignored completely.

Risks are future events that may or may not happen – but if they do they will impact the outcome of the project. They have a probability of happening and an impact if they do. The outcome can be either positive (an opportunity) or negative (a threat). The impact could be on a number of deliverables or attributes of the project which, most obviously, are time, cost and quality – but for a CRO it could also include reputation or the ability to generate repeat business.

Issues are risks that have happened; they are real and have to be dealt with – hopefully, action plans already enacted have reduced the impact and contingency actions have already been drafted and it’s simply a matter of executing them.

Uncertainty on the other hand applies to activities and events that will happen – but there is some variation in the characteristics of that activity, such as its duration or cost, which cannot be fully predicted. A good example of this is the rate of recruitment of patients into a clinical trial – this is not a risk because we know recruitment will happen but it is impossible to be certain of the rate when we are still in the planning phase. All activities have some degree of uncertainty in their durations and costs and the further into the future they are, the more uncertain they are. Providing a single value e.g. a completion date, can be very misleading. It gives a false sense of precision and leads to the belief that if we just worked harder the accuracy of that single value would improve. 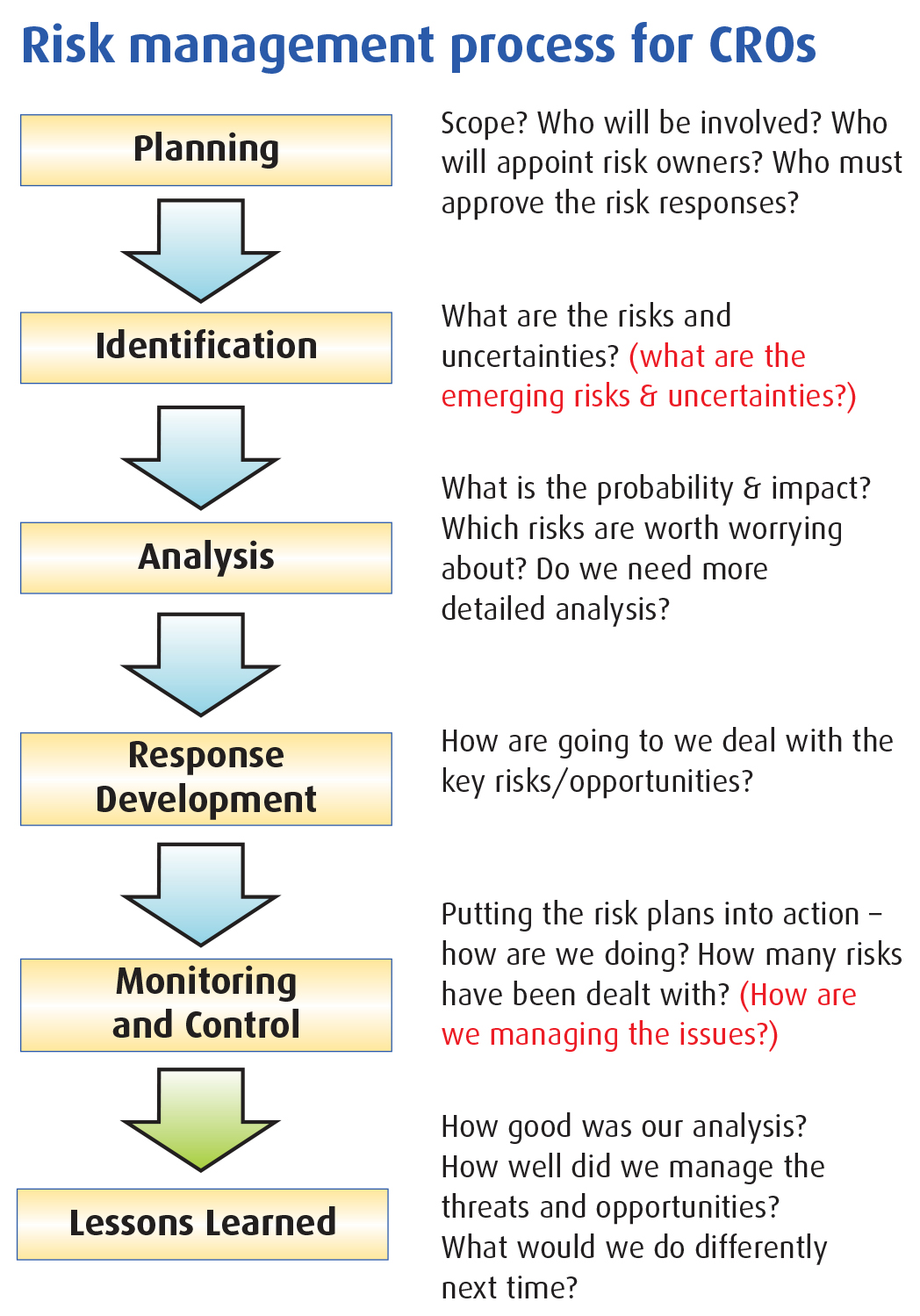 Figure 1. A risk management process should be applied
throughout the clinical trial. New risks and uncertainties may
arise and they need to be managed. A good process, consistently
implemented and supported with modern risk management
tools will greatly improve your ability to hit key targets.

In reality, all projects, and clinical trials are no exception, have a mix of risks, issues and uncertainties. Anyone who has undertaken a multi-centre, multi country clinical trial knows just how complex they are. Detailed plans and schedules are developed and we expect these will be ‘right first time’ and will happen exactly as planned. But unless we can predict the future with total accuracy, our experience tells us that in most cases something will not go as planned – protocol sign off is delayed because a senior manager isn’t available, more questions from the FDA than we had anticipated, drug supplies are held up in transit, bad weather stops patients getting to the study centre, the investigators estimates of the numbers of suitable patients is off the mark (and the feasibility study doesn’t appear to have picked this up very well) – but there is a tendency to ignore the possibility that this particular study will suffer from these problems and we promise to hit the targets anyway or we simply say we’ll deal with these if they happen, that the swings and roundabouts will even themselves out and by some miracle we’ll deliver on time… so we stick to the plan and work harder and harder to hit the targets.

The net result is that, euphemistically, ‘optimistic’ timeline targets are set – perhaps already hinting that ‘we’ll be lucky to achieve it’. In reality, totally unrealistic expectations are set; trials are destined to fail before they have even started. It is somehow regarded as a good thing, particularly by senior managers, that we have an ‘aggressive’ plan that they believe will drive performance but what it really does is to demoralise and demotivate staff who will nevertheless strive to achieve the impossible.

Additional challenges for a CRO

The situation can be even more difficult for a CRO. They have the additional burden of needing to submit a bid to secure the work in the first place. Even for very large studies, the bid usually has to be prepared very quickly leaving little time to build a cogent plan. There is a clear pressure to be ‘optimistic’ because that’s what the study sponsors (the pharmaceutical companies) expect – they do for studies they run themselves so why wouldn’t they do it for externally run studies! At this stage, there hasn’t been time to do a proper feasibility analysis using the actual protocol. The CRO either has to rely on recruitment estimates provided by the sponsor – which are probably highly optimistic anyway – or their own numbers for similar studies – which might be not entirely applicable.

Does a feasibility assessment help?

Feasibility assessments to better understand the vagaries of recruitment are commonly used in an effort to ‘de-risk’ the study – although more properly it may or may not reduce the uncertainty! However, the value of this exercise appears to be questioned at every clinical operations conference. Perhaps the flaw in this approach is that investigators who are keen to participate in the study are also likely to be optimistic about the numbers of patients they might be able to enrol – and are they asked to identify local or regional risks and uncertainties? Do they understand even the most basic concepts of risk management?

No one wants to talk about the risks….

So it appears to be the case there is optimism at all levels and a reluctance to recognise and incorporate risk and uncertainty. The end result for the majority of clinical trials is a timeline that has a very low to zero probability of being met. And perhaps one of the most worrying aspects of this situation is that despite the hundreds of trials that are conducted each year – the key lessons don’t appear to be learned and applied to the next round of trials.

What are the consequences?

The consequences of ignoring risks and uncertainties can be seen in a number of ways.
For the pharmaceutical company or study ‘sponsor ‘:

Lessons from other industries

In other industries, such as defence, aerospace or construction, there is a more mature attitude to risk and uncertainty. Rather than trying to ignore it, risk is openly discussed – because both contractor and client know that it’s an integral part of any project. It would be inconceivable for a contractor to bid for work from the Ministry of Defence, for example, without demonstrating that it understood the risks and uncertainties on a particular project and had plans to manage them. Without effective, auditable risk processes in place a defence contractor would be considered totally unsuitable. This open and mature approach to risk means that more realistic plans are developed in terms of both cost and time. By the contractor and client working together, the most appropriate ‘owners’ of particular risks can be assigned – i.e. the part that would progress any mitigation actions and ultimately would be financially accountable for the outcome. Risks are more effectively shared and it’s not all down to the contractor. The fact that this approach is rare in the pharma industry perhaps reflects the relatively rapid change to a greater use of CROs. The relationship in many cases between sponsor and CRO is still adversarial – a situation that parallels the construction industry 20 years ago.

How risk management can help.

Having effective risk management processes and modern tools in place will not guarantee that all clinical trials will hit their timeline targets or budgets. Inevitably some risks will happen even if they are a very low probability. However, it can help in a number of important ways.

The lack of adequate risk management processes and tools or their inconsistent application in sponsor companies and CROs is very likely to contribute significantly to the vast majority of trials missing their timeline targets and being delivered late.

The increasing use of CROs has added to the complexity of managing clinical trials. When everything was managed in house, it was clear who would deal with all the problems that cropped up – now there’s another company to deal with. Just how good is the communication and effective management of key risks and uncertainties across this boundary? In most cases project plans aren’t shared never mind risk management plans.

Some may point to the rise in preferred provider or partnering agreements to suggest that this has changed and it’s a much closer relationship now. However, even within those arrangements there still needs to be an open, honest and realistic risk dialogue, effectively implemented processes and modern tools that allow the sharing of risk registers and action plans across organisational boundaries. After all the CRO contribution to the overall success of the project is critical but late delivery impacts the sponsor very significantly.

However, so called partnering agreements will not work for the whole industry – individual CROs cannot support this type of preferential relationship for more than one or two pharma companies. So how will all the companies currently outside these arrangements fare?

At an industry level, risk and uncertainty need to be embraced more openly to enable a more mature dialogue between sponsors and CROs. It’s time to learn the critical lessons from other industries. Without it the pressure on CROs to reduce cost and time with no recognition for the increased risk will put more of them at risk – just as it did in the UK construction industry 20 years ago.
As cost and time pressures continue to grow and sponsors put an even higher premium on performance and may well insist that this is incorporated in the contract, risk management should take a more prominent role in the prosecution of clinical trials and over time we should be able to say with confidence that most of our trials finish on time.